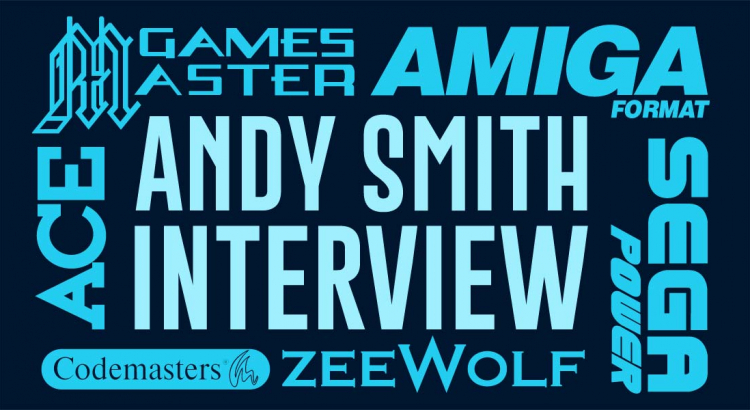 Andy Smith has worked on some of the most popular games magazines from the 80’s and 90’s. Starting his career on  multi format magazine ACE back in 1987 this was one of Future Publishing’s key magazines before it was sold to rival publisher EMAP.

However this gave Andy a chance to move up the ladder at Future and became games editor for the newly launched Amiga Power. With the Amiga and Atari ST being so popular the market was big enough for a mag for each machine. We discuss some of Andy’s fave Amiga games, coverdisks, if he ever got into the serious side of the Amiga and more.

His next career move however was a big one! Official Sega magazine S edited by Steve Jarrett needed an editor with Steve leaving for Commodore Format. Andy joined S just before it was renamed the well known Sega Power. Staying on the mag for 3 years he saw Sega release many great games such as Road Rash 2, Toejam and Earl and more. We also discuss his time contributing for GamesMaster magazine and how close he came to appearing on the TV show.

It isn’t just magazines we cover as Andy was part of Binary Asylum that made Zeewolf for the Amiga. We talk about the experience making games before going onto his time working for Codemasters – a time in his career which didn’t fully go to plan. As well as this we talk about the games industry now and then plus much more. We hope you enjoy the show.