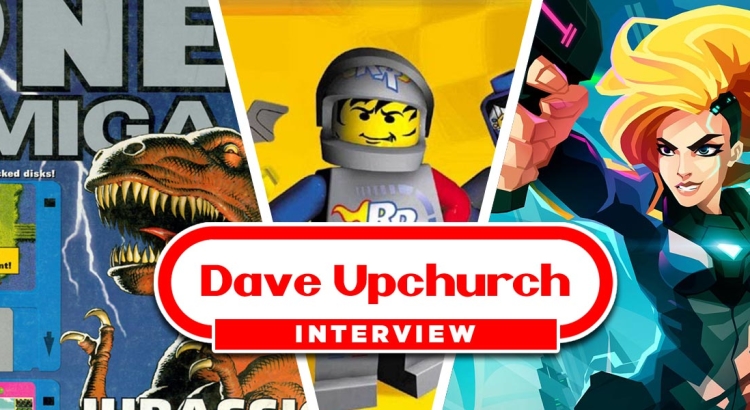 In this episode Paul interviews Dave Upchurch. Starting his career at EMAP on popular 90’s magazine ACE he soon was moved to The One Amiga where he became the magazines editor. At the time the Amiga was going from strength to strength with games such as The Secret Of Monkey Island 2, Chaos Engine.

In 1996 following his success at The One Amiga he went on to work on Nintendo Magazine System up until the official UK launch of the Nintendo 64 in 1997.

This episode is a great 2 hour chat which shows a different viewpoint into the inner workings of the games industry and we hope you enjoy it.

Dave tells us a few tales of his good and bad experiences in games journalism before we move discuss his career away from the magazines. We look at his time working for LEGO who wanted to break into the video games market, his time making educational software for Mangahigh which received a lot of accolades and much more.

Dave currently works for Curve Digital that have released games for the PC, PS4, Switch such as Human Fall Flat, Smoke and Velocity 2X.

With almost 30 years in the games industry now there was plenty to discuss in this 3 hour interview.