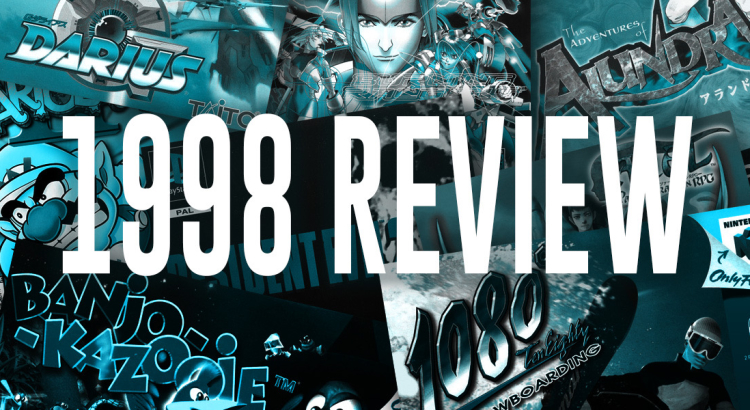 In this episode we’re back to discuss one of the biggest years in video games, 1998. This was the year that despite Sony’s Playstation growing more popular each year since launch, the rivals of Sega and Nintendo weren’t going down without a fight!

This year had so many amazing games that we have had to split the year into 2 episodes. In the first half alone N64 had Yoshi’s Story, 1080 Snowboarding. Even though the Sega Saturn was seen as fading away it had Burning Rangers, Panzer Dragoon Saga and more. The PS1 had Nightmare Creatures and Alundra. As well as the the PC had some amazing games such as Unreal and Commandos.

So join not one but two Chris Smith’s, Paul and Arron as we discuss the biggest games and gaming news from January to June 1998 as well as some thoughts on Paul’s gaming “skills”.

If you liked this episode, please drop us an iTunes review, or on whichever platform you usually find us. They are always helpful in sharing our content. If you have any feedback for us, feel free to reach out on the socials below: